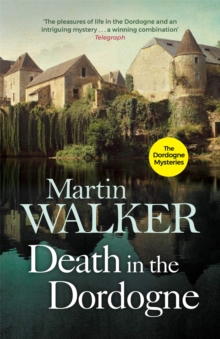 Death in the Dordogne : the first Bruno, Chief of Police investigation

Part of the The Dordogne Mysteries series

EU inspectors are causing havoc in St Denis and local tempers are running high, but is it really cause for murder?

The first acclaimed and internationally bestselling case for Bruno, Chief of Police. 'Hugely enjoyable and absolutely gripping. Martin Walker has got off to a flying start in what promises to be a great series.

Bruno will be the Maigret of the Dordogne' Antony BeevorMarket day in the ancient town of St Denis in south-west France.

EU hygiene inspectors have been swooping on France's markets, while the locals hide contraband cheese in their houses and call the Brussels bureaucrats 'Gestapo'.

Although, here in what was once Vichy France, words like 'Gestapo' and 'resistance' still carry a profound resonance. When an old man, head of an immigrant North African family, is found murdered, suspicion falls on the son of the local doctor, found in flagrante playing sex games surrounded by Nazi paraphernalia. But Bruno isn't convinced, and suspects this crime may have its roots in that most tortured period of recent French history - the Second World War, a time of terror and betrayal that set brother against brother.

Now it's up to him to find the killer - but will the people of St Denis allow him to go digging through the past in order to do it?